Dr Joanna Neilly is Associate Professor and Tutor in German, St Peter’s College. Her research focuses on German literature and culture of the late eighteenth and the nineteenth centuries, with a particular emphasis on Romanticism. Her current project re-examines German Romantic fiction as an aesthetic model for world literature, and its ongoing relevance within this context today. In our first blog post, she reflects on the challenge of teaching diverse texts and contexts from the nineteenth century.

Even the briefest survey of my colleagues reveals that diversity is at the heart of how we research and teach nineteenth-century German literature and culture in the UK today. Eleoma Bodammer’s (Edinburgh) essay on E.T.A. Hoffmann’s 1819 tale ‘Klein Zaches, genannt Zinnober’ reveals the ideological and cultural biases informing perceptions of the body in the nineteenth century, and is a fantastic example of how to revisit canonical authors and texts from new perspectives, in this case from a disability studies approach. James Hodkinson (Warwick) has been using Goethe’s West-östlicher Divan (1819) and its imagined encounter between the Christian European and the Islamic worlds to spark a nationwide conversation about cross-community relations as part of his ‘Transnationalizing Faith’ project. Meanwhile, Dirk Göttsche (Nottingham), who has recently published a handbook on postcolonialism and literature, teaches a final-year module on German literature’s engagement with colonialism and its legacy, including sources from the nineteenth century. The methods of research projects can thus be applied to teaching practice, not only by encouraging the diversification of primary texts to present a range of voices, but by suggesting ways in which students might re-encounter canonical works by imagining the marginalized voices left out, the context of empire in which these texts succeeded, or perhaps even the cultural exchange authors attempted to promote.

The biggest challenge I faced in my first year of lecturing at Oxford was undoubtedly the nineteenth-century survey course: an eight-hour series of lectures, aimed primarily at second-year undergraduate students, covering German literature and culture of the long nineteenth century. The difficulty was also very much a positive. I was given the freedom to design the course entirely with a very broad remit, the only restriction being that the lectures were to cover currents and changes in German literature and thought of the period. There are no specifically prescribed writers; rather, students are encouraged to read widely and develop their own interests in consultation with their college tutors. This means the lecture hall is, in itself, a place of diversity: it is quite possible that in this room of approximately sixty students, no two have read exactly the same selection of texts, and many will have read texts that no-one else has. Inevitably, however, certain writers tend to feature perennially on the most-read lists: Goethe, Hoffmann, Heine, Büchner, Storm, and Mann. In any case, these are not writers I would wish to discard simply because I also want to include a more diverse selection. And so the question arose: how do I cover a range of voices – taking into account the authors’ age, gender, regional and national provenance, success or otherwise on the literary market, canonization or not – while retaining and developing the students’ interest in better-known authors, all within eight hours?

One of my main goals was to include a range of texts by women, and importantly, not just ‘women’s writing’ as a stand-alone topic, but integrated into the lecture topics we might traditionally expect to include in a literary-historical survey course. (A second important objective was to introduce students to the German Colonial Empire, which can easily, but surely wrongly, be missed out on a survey course). It seems obvious that Bettina von Arnim’s Armenbuch (1844) can tell us as much about poverty and the social question as Heine’s poem, ‘Die schlesischen Weber’, published in the same year, or Büchner’s 1837 play Woyzeck. My lecture on ‘Educating the Bourgeois Nation’, or, fiction’s pedagogical role, focussed not only on how the Grimm tales were edited over the years to become thinly disguised behavioural manuals for young girls, but also presented the more critical perspective of Marie von Ebner-Eschenbach’s Das Gemeindekind (1887) before finishing on Johanna Spyri’s rather more idealized Heidis Lehr- und Wanderjahre (1881). This had the additional advantage of adding Austrian and Swiss classics to the German canon of children’s literature – as well as bringing attention to the psychological complexity offered by Ebner-Eschenbach.

Without glossing over the historical and cultural reasons why women’s writing of the nineteenth century has had much less exposure than men’s, I was keen to include women’s voices as part of the ‘normal’ curriculum, rather than add them as a well-meaning afterthought. In particular, I wanted to include women’s voices beyond topics often perceived to be ‘women’s issues’. Louise Aston (1814-1871) and Hedwig Dohm (1831-1919) joined Freud, Wedekind, and Hofmannsthal in the lecture on feminism and sexuality, and Heidi contributed to a discussion about the domestic sphere, but women writers were also at the centre of my lecture on political and social issues. The point of this is emphatically not to place limits on how students should approach female writers, and perhaps also to normalize their presence in the discourse: I hope that students’ first response every time will not be ‘what does it mean that this writer is a woman?’ even if that woman has had to overcome significant obstacles to get her voice heard. 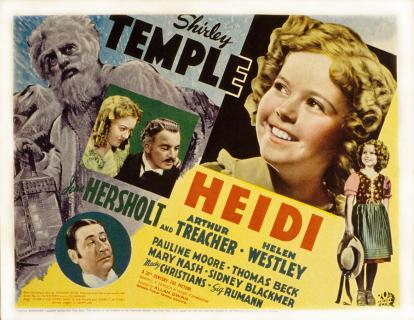 Cover of the eighth edition (1887) of Heidis Lehr- und Wanderjahre 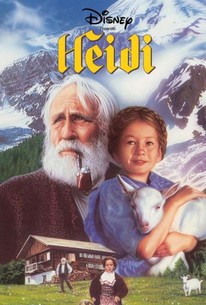 8 thoughts on “Expanding the Curriculum in Nineteenth-Century German Studies”