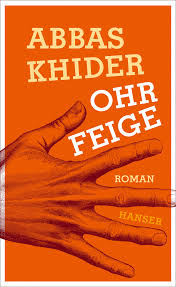 Khider’s fourth novel received a lot of attention in the press – it opens with an immigration worker being tied up and slapped (the ‘Ohrfeige’ of the title) by Karim, an Iraqi asylum seeker negotiating the German asylum system. Without giving away the novel’s twists and turns, it looks closely at ideal or ‘hegemonic’ forms of masculinity in Germany, in Iraq, in communities of asylum seekers. The asylum system is shown in detail, with Khider bringing out its contradictions and the impossible situations in which his characters find themselves. Finally, the novel’s interest in storytelling and the narratives that asylum seekers construct for themselves makes it an excellent addition to a literature course.